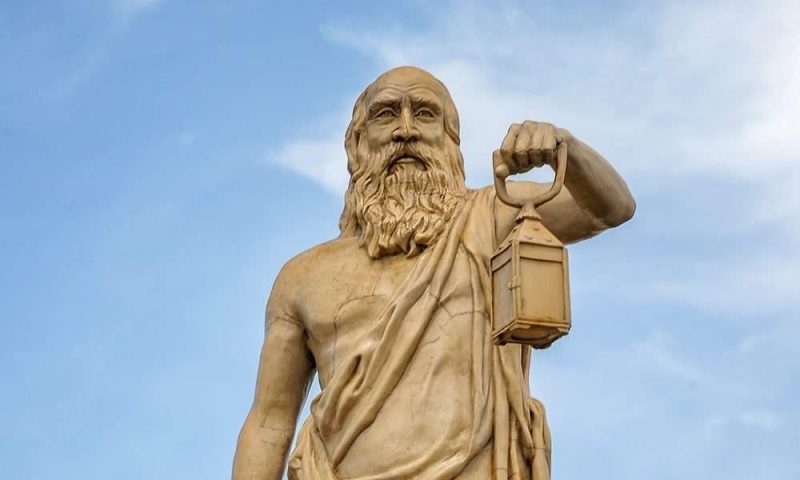 Diogenes, also known as Diogenes the Cynic was born around the year 404 BCE in Sinope, Turkey. Diogenes was a Greek philosopher and one of the founders of Cynic philosophy that stressed stoic self-sufficiency and the rejection of luxury.

Diogenes was a controversial figure, he was banished from Sinope when he took to debasement of currency. He used his simple lifestyle and behaviour to criticize the social values and institutions of what he saw as a corrupt and confused society.

Diogenes became notorious for his philosophical stunts, such as carrying a lamp during the day, claiming to be looking for an honest man. Diogenes died 323 BCE in Corinth, Greece.

In this article, we have compiled an array of famous Diogenes quotes and sayings.