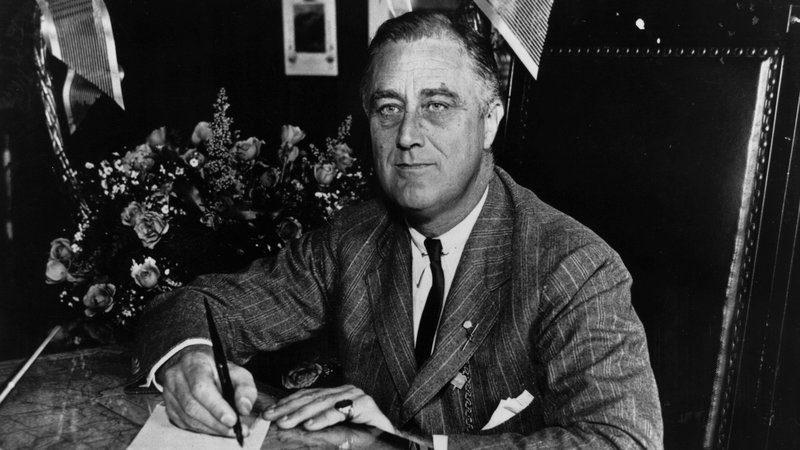 Franklin Delano Roosevelt was born on the 30th of January, 1882 in Hyde Park, New York, United States. He was an American politician who served as the 32nd president of the United States from 1933 to 1945. FDR as he was often referred to was a member of the Democratic Party.

Franklin D. Roosevelt and his New Deal led the nation through the Great Depression. As a dominant leader of his party, he built the New Deal Coalition, which defined modern liberalism in the United States throughout the middle third of the 20th century. He died while still in office, on the 12th of April, 1945 in Little White House Historic Site, Georgia, United States.

In this article, you will find a collection of famous Franklin D. Roosevelt quotes and sayings.

“The lessons of history, confirmed by the evidence immediately before me, show conclusively that continued dependence upon relief induces a spiritual and moral disintegration fundamentally destructive to the national fiber.

To dole out relief in this way is to administer a narcotic, a subtle destroyer of the human spirit. It is inimical to the dictates of sound policy. It is in violation of the traditions of America.” ― Franklin D. Roosevelt Quote