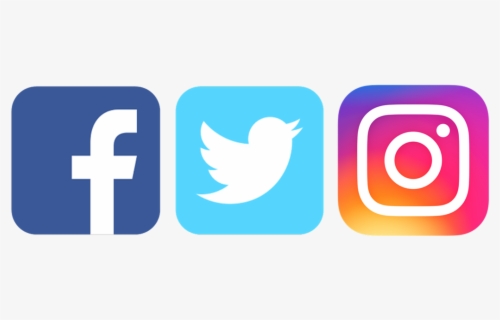 You may also like to check out: Funny Jokes To Tell A Girl

People say “Happy Thanksgiving” which is nice, but then they ruin it by saying, “Don’t eat too much”. Do they want me to have a Happy Thanksgiving or not?
I’ll change my Facebook username to NOBODY so that way when people post crappy posts, and I press the like button it will say NOBODY likes this
How do people write an autobiography? I can barely remember what I had for lunch yesterday.

Amal and Juan are identical twins. Their mom only carries one baby photo in her wallet.

You know you’re ugly when it comes to a group picture and they hand you the camera.
Seeing a spider is nothing. The problem is when it disappears.
That depressing moment when you dip your cookie into milk for too long, it breaks off, and you wonder why bad things happen to good people.
When a bird hits your window have you ever wondered if God is playing angry birds with you?
It’s like I want to be left alone but I still want people to notice my absence, you know.
I’ve never seen a tombstone that read: “Died from not forwarding that text to ten people.”
I am not a vegetarian because I love animals. I am a vegetarian because I hate plants.
I’m always in a rush to get home so I can do absolutely nothing.
Only in math problems can you buy 60 cantaloupes and nobody asks what the hell is wrong with you.
I like to name my iPod ‘Titanic’ so when it says ‘Syncing Titanic’ I click cancel and it makes me feel like a hero.
I took an IQ test and the results were negative. Happy I don’t have to take any drugs.
I survived 15 years without Internet but now it’s hard to survive 15 seconds waiting for a page to load.
Old people at weddings always poke me n say “You’re next”. So I started doing the same to them at funerals…
That awkward moment when you realize that “deleting History” is more important than “creating History” nowadays.
Knowledge is knowing a tomato is a fruit; wisdom is not putting it in a fruit salad.
I wish you could Google anything. Like, “Where is my phone?” and it would be like, “It’s under the couch fool.”
People who laugh so hard at their own jokes that they can’t even finish the joke because they’re laughing so hard are my favorite kind of people.
It’s not hotter this year. It’s just that you are fatter and there is more surface area for the sun to hit.
They say, “don’t drink and drive”. Well…. yesterday I was drinking a juice box while riding my tricycle. Yeah. I’m awesome
It’s been close to a million years since I exaggerated about anything.
The average human body is made of enough bones to make an entire human skeleton.
Do people who exercise not know about ice cream and Netflix?
Microsoft bought Skype for 8.5 billion dollars … Idiots!!!! They could have downloaded it for free!!
Being the fat guy at McDonald’s is like being the muscle guy at the gym. People stay out of your way cause they know you mean business.
People around the world has gone so lazy, I am sure World war 3 will be fought online!
Hey sorry I’m late, I didn’t want to come.
I just put Santa hats on all my Halloween decorations.

Winter is filled with men trying to figure out the least feminine way to apply Chap Stick.

I wanted to be a multi millionaire just like my dad.

He always wanted to be a multi millionaire too.

Part of me says I can’t keep drinking like this. The other part of me says, “Don’t listen to that guy. He’s drunk.”
Whoever determined that a 1-inch candy bar should be called “fun sized” should really re-evaluate their standards for entertainment.
If by “help decorate the tree” you mean drink beer on the couch yelling out everything you’re doing wrong, then yeah, count me in.
The worst time to have a heart attack is during a game of charades
Dear life, When I said, “can my day get any worse?” it was a rhetorical question, not a challenge
I came here in peace, seeking gold and slaves
I totally understand how batteries feel because I’m rarely ever included in things either.
The best thing about hand sanitizer is that when you put it on, it looks like you are plotting to take over the world.
If I notice an unfinished jigsaw puzzle at someone’s house, I always take a piece home with me.
When I’m on my death bed, I want my final words to be “I left one million dollars in the…
Shout Out to the Kids in the Projects that left some Milk & Cookies out for Santa but the Roaches got to it first.
I’m the kind of guy who stops the microwave at 1 second just to feel like a bomb diffuser.
Everyone has an annoying friend. If you don’t have one, it’s probably you.
Kindergarten lied to me: I expected crayons to be a much larger part of daily adult life.
When I drive if you beep your horn 1 second after the light changes green I will shut off my car, lay on the hood & feed birds for an hour.
If I had a dollar for every concert I couldn’t go to I could probably go to a concert.
It’s not that I’m afraid to die; I just don’t want to be there when it happens
As you get closer and closer to the end of this status, I think it’s important that you lower your expectations.
I think it’s wrong that only one company makes the game Monopoly
Wrestling is obviously fake. Why would two people fight over a belt when neither of them is wearing pants?
When a woman says WHAT? Its not because she didn’t hear you. She’s giving you a chance to change what you said.
When setting the table, does the remote control go to the left, to the right or over the dinner plate?
Always borrow money from a pessimist. He won’t expect it back.
I looked up my family tree and found out I was the sap
Just read that 4,153,237 people got married last year, not to cause any trouble but shouldn’t that be an even number?
The quickest way to double your money is to fold it in half and put it back in your pocket.
Give a man a fish and he will eat for a day. Teach him how to fish, and he will sit in a boat and drink beer all day.