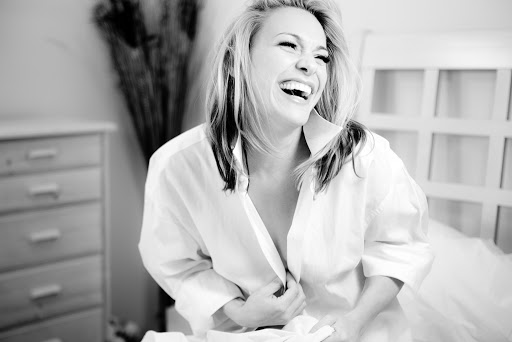 Laughter is the route to anybody’s heart, one of the oldest and most cherished sayings is that the easiest way to a woman’s heart is to make her laugh.

Whether you want to ease into a comfortable conversation or you just want to make your girlfriend, wife, crush or female friends laugh, jokes are your best bet.

Below, we have compiled a list of funny jokes to tell a girl. Use these jokes to invoke laughter and make it easier for her to open up to you.

Funny Jokes To Make Her Laugh

A little girl was talking to her teacher about whales. The teacher said it was physically impossible for a whale to swallow a human because it was a very large mammal, its throat was very small. The little girl stated that Jonah was swallowed by a whale. Irritated, the teacher reiterated that a whale could not swallow a human; it was physically impossible.

The little girl said, “When I get to Heaven, I will ask Jonah.”

The teacher asked, “What if Jonah went to Hell?”

The little girl replied, “Then you ask him.”

Hilarious Jokes To Tell A Girl

One night a girl said to her family “Goodnight Mommy, Goodnight Daddy, Goodnight Grandma, Goodbye Grandpa. the next morning her grandpa died. At night she said “Goodnight mommy, Goodnight daddy, Goodbye Grandma. the next morning the grandma died. The dad started to fear for his life because he was next. That night the girl said “Goodnight mommy, Goodbye daddy. the next morning the dad woke up and he was perfectly fine but when he went into the kitchen he saw his wife crying. when he asked her whats wrong she said “The Mail Man died”.
A man is drinking in a bar when he notices a beautiful young lady. “Hello there and what is your name?” “Hello,” giggles the woman, “I’m Stacey. What’s yours?” “I’m Jim.” “Jim, do you want to come over to my house tonight?” “Sure!” replies Jim. “Let’s go!” At Stacey’s house, Jim notices a picture of a man on Stacey’s desk and asks, “Is this your brother?” “No, it isn’t, Jim!” Stacey giggles. “Is it your husband?” Stacey giggles even more, “No, silly!” “Then, it must be your boyfriend!” Stacey giggles even more and says, “No, silly!” “Then, who is it?” Stacey replies, “That’s me before my operation!”
Are you a magician? Because whenever I look at you, everyone else disappears!
When people go underwater in scary movies, I like to hold my breath and see if I would have survived that situation. I almost died in Finding Nemo.
Are you sure you’re not tired? You’ve been running through my mind all day.
Daughter: Mom, I’m pregnant!
Mom: I thought I told you when a guy touches your b00bs, say don’t, and when he touches your va*gina, say stop.
Daughter: But he kept touching both, so it came out,”don’t, stop, don’t, stop.
If you were a phone from Apple, then you would be called iGorgeous
I am fighting the urge to make you the happiest woman on earth tonight.
I wish you were my big toe. Then I would bang you on every piece of furniture at my house.
I’ve been trying to sum up the courage to ask out my crush. I’ve gotten to the point where I can now look into her eyes and not be nervous!
Three guys and a lady were sitting at the bar talking about their professions. The first guy says, “I’m a YUPPIE. You know, young, urban, professional.” The second guy says, “I’m a DINK. You know, double income, no kids.” The third guy says, “I’m a RUB. You know, rich urban biker.” They turn to the woman and ask, “So what are you?” The woman replies, “I’m a WIFE. You know – Wash, Iron, F**k, Etc.”
You’re so stunning that I just forgot my pick up line.
I was so enchanted by your beauty that I ran into that wall over there. So I am going to need your name and number for insurance purposes.
Do you like sales? Because clothing is 100% off at my place.
By the way, don’t freak out if a fat man in a red suit puts you in a bag at night. He’s just fulfilling my wish of wanting you for Christmas.
Is there an airport nearby or is it my heart taking off?
I seem to have lost my phone number. Can I have yours?
I’m not a photographer, but I can picture me and you together.
Everyone says the world would be better off if it was run by women. Sure, maybe there wouldn’t be violence and territorial conquests fueled by male hormones. But instead, we’d have a bunch of jealous countries that aren’t talking to each other.
A man is being arrested by a female police officer, who informs him, “Anything you say can and will be held against you.” The man replies, “B00bs!”