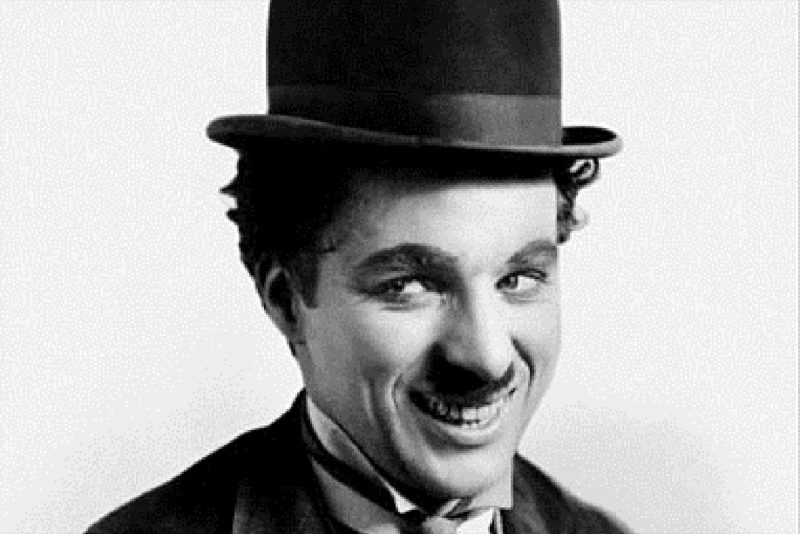 Sir Charles Spencer Chaplin was born on the 16th of April, 1889 in Walworth, London, United Kingdom. Charlie Chaplin was a comedic British actor who became one of the biggest stars of the 20th century’s silent-film era. He became a worldwide icon through his screen persona, “The Tramp”, and is considered one of the most important figures in the history of the film industry.

Charlie Chaplin wrote, directed, produced, edited, starred in, and composed the music for most of his films. He was a perfectionist, and his financial independence enabled him to spend years on the development and production of a picture. He received an Honorary Academy Award for “the incalculable effect he has had in making motion pictures the art form of this century”. Charles Chaplin died on the 25th of December, 1977 in Corsier-sur-Vevey, Switzerland.

Below, you will find a collection of popular Charlie Chaplin quotes and sayings.

“Greed has poisoned men’s souls, has barricaded the world with hate, has goose-stepped us into misery and bloodshed. We have developed speed, but we have shut ourselves in. Machinery that gives abundance has left us in want. Our knowledge has made us cynical. Our cleverness, hard and unkind. We think too much and feel too little. More than machinery we need humanity. More than cleverness we need kindness and gentleness. Without these qualities, life will be violent and all will be lost….

“Worry more about your conscience than your reputation. Because your conscience is what you are, your reputation is what others think of you. And what others think of you is their problem.”― Charles Chaplin
“I have many problems in my life. But my lips don’t know that”. They just keep smiling.”
― Charlie Chaplin
“I have no further use for America. I wouldn’t go back there if Jesus Christ was President.”
― Charles Chaplin
“I do not have much patience with a thing of beauty that must be explained to be understood. If it does need additional interpretation by someone other than the creator, then I question whether it has fulfilled its purpose.”― Charlie Chaplin
“I remain just one thing, and one thing only, and that is a clown. It places me on a far higher plane than any politician”― Charlie Chaplin