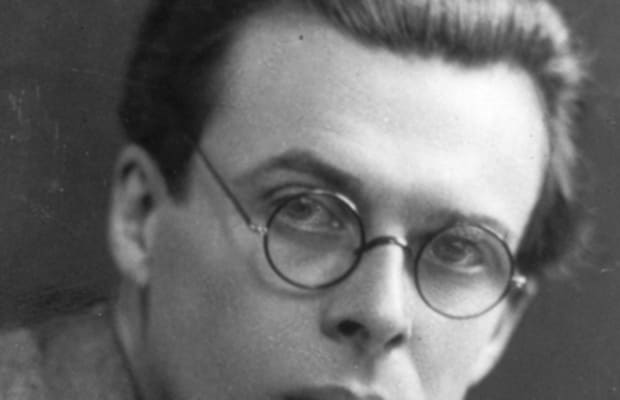 Aldous Leonard Huxley was an English writer and philosopher. He wrote nearly fifty books—both novels and non-fiction works—as well as wide-ranging essays, narratives, and poems. Born 26th July 1894, at Godalming, United Kingdom into the prominent Huxley family, he graduated from Balliol College, Oxford with an undergraduate degree in English literature. He died on the 22nd of November 1963, in Los Angeles County, California, United States.

We have compiled a collection of famous Aldous Huxley quotes and sayings.

Experience teaches only the teachable.
Every man’s memory is his private literature.
You shall know the truth and the truth shall make you mad.
I am I, and I wish I weren’t.
I’m claiming the right to be unhappy.
I like being myself. Myself and nasty.
Ending is better than mending.
Maybe this world is another planet’s hell.
A love of nature keeps no factories busy.
If one’s different, one’s bound to be lonely.
Facts do not cease to exist because they are ignored.
I want to know what passion is. I want to feel something strongly.
To travel is to discover that everyone is wrong about other countries.
No social stability without individual stability.
Hug me till you drug me, honey; Kiss me till I’m in a coma.
We are all geniuses up to the age of ten.
Pain was a fascinating horror
We don’t want to change. Every change is a menace to stability.
An unexciting truth may be eclipsed by a thrilling falsehood.
A man can smile and smile and be a villain.