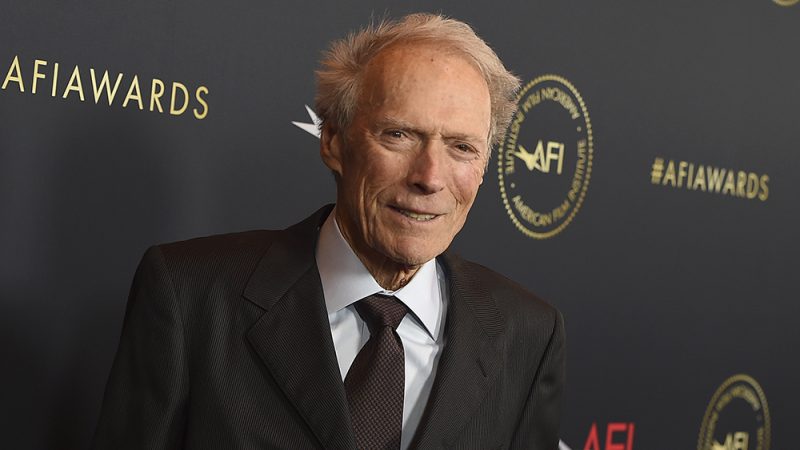 Clinton Eastwood Jr. was born on May 31, 1930 in San Francisco, California, United States. He is an American actor, film director, composer, and producer. Clint Eastwood made his name as a popular TV and film actor, and went on to become the Academy Award-winning director of such features as ‘Unforgiven’ and ‘Million Dollar Baby.’

His greatest commercial successes are the adventure comedy ‘Every Which Way but Loose’ (1978) and its action comedy sequel, ‘Any Which Way You Can’ (1980). Elected in 1986, Clint Eastwood served for two years as the mayor of Carmel-by-the-Sea, California.

In 2000, he received the Italian Venice Film Festival’s Golden Lion award, honoring his lifetime achievements. Bestowed two of France’s highest civilian honors, he received the Commander of the Ordre des Arts et des Lettres in 1994, and the Legion of Honour medal in 2007.

Below, you will find a collection of popular Clint Eastwood quotes and sayings.

“There’s a rebel lying deep in my soul. Anytime anybody tells me the trend is such and such, I go the opposite direction. I hate the idea of trends. I hate imitation; I have a reverence for individuality.”― Clint Eastwood
“I’m interested in the fact that the less secure a man is, the more likely he is to have extreme prejudice.”― Clint Eastwood
“Respect your efforts, respect yourself. Self-respect leads to self-discipline. When you have both firmly under your belt, that’s real power.”― Clint Eastwood
“I don’t believe in pessimism. If something doesn’t come up the way you want, forge ahead. If you think it’s going to rain, it will.”― Clint Eastwood
“If a person is confident enough in the way they feel, whether it’s an art form or whether it’s just in life, it comes off—you don’t have anything to prove; you can just be who you are.”― Clint Eastwood
“I voted against that incompetent, lying, flip-flopping, insincere, double-talking, radical socialist, terrorist excusing, bleeding heart, narcissistic, scientific and economicmoron currently in the White House!”― Clint Eastwood
“Highway: Just because we’re holding hands doesn’t mean we’ll be taking warm showers together until the wee hours of the morning.”― Clint Eastwood
“Overnight stardom can be harmful to your mental health. Yeah. It has ruined a lot of people.”
― Clint Eastwood
“That’s the kiss-a*ss generation we’re in right now. We’re really in a pus*sy generation. Everybody’s walking on eggshells.”― Clint Eastwood
“I like the libertarian view, which is to leave everyone alone. Even as a kid, I was annoyed by people who wanted to tell everyone how to live.”― Clint Eastwood
“Like most pictures that I’ve done, I’ve had no idea whether anyone would ever want to see ’em. But I figured, I’d like to see it.”― Clint Eastwood
“Now you’ve got to ask yourself one question. Do I feel lucky? – Inspector Harry Callahan” ― Clint Eastwood
“This film cost $31 million. With that kind of money I could have invaded some country.”
― Clint Eastwood
“Participating in a gun buyback program because you think that criminals have too many guns is like having yourself castrated because you think your neighbors have too many kids.”― Clint Eastwood
“Maybe I`m getting to the age when I`m starting to be senile or nostalgic or both, but people are so angry now. You used to be able to disagree with people and still be friends. Now you hear these talk shows, and everyone who believes differently from you is a moron and an idiot – both on the Right and the Left. ”― Clint Eastwood
“Extremism is so easy. You’ve got your position, and that’s it. It doesn’t take much thought. And when you go far enough to the right you meet the same idiots coming around from the left.― Clint Eastwood
“They say all marriages are made in heaven, but so are thunder and lightning.”― Clint Eastwood
“I have a very strict gun control policy: if there’s a gun around, I want to be in control of it.”
― Clint Eastwood
“First, I blow a hole in your face; then I go back inside, and sleep like a baby… I guarantee you.”― Clint Eastwood
“It’s a hell of a thing; killin’ a man. You take away everything he ever had and ever would have.”
― Clint Eastwood
“My wife is my closest friend. Sure, I’m attracted to her in every way possible, but that’s not the answer. Because I’ve been attracted to other people, and I couldn’t stand ’em after a while.”― Clint Eastwood
“These people who are making a big deal out of gay marriage? I don’t give a fu*ck about who wants to get married to anybody else! Why not?! We’re making a big deal out of things we shouldn’t be making a deal out of. They go on and on with all this bullsh*it about ‘sanctity’ — don’t give me that sanctity crap! Just give everybody the chance to have the life they want.”― Clint Eastwood
“People even said I was a racist because I shot black bank robbers at the beginning of Dirty Harry. So, first I’m labeled right-wing. Then I’m a racist. Now it’s macho or male chauvinism. It’s a whole number nowadays to make people feel guilty on different levels. It doesn’t bother me because I know where the fu*ck I am on the planet and I don’t give a sh*it.”― Clint Eastwood

“War pictures are always fascinating for people; they were for me growing up, even though I’m not nuts about war.”

“War is the ultimate conflict, and conflict is the basis of drama to begin with.”― Clint Eastwood