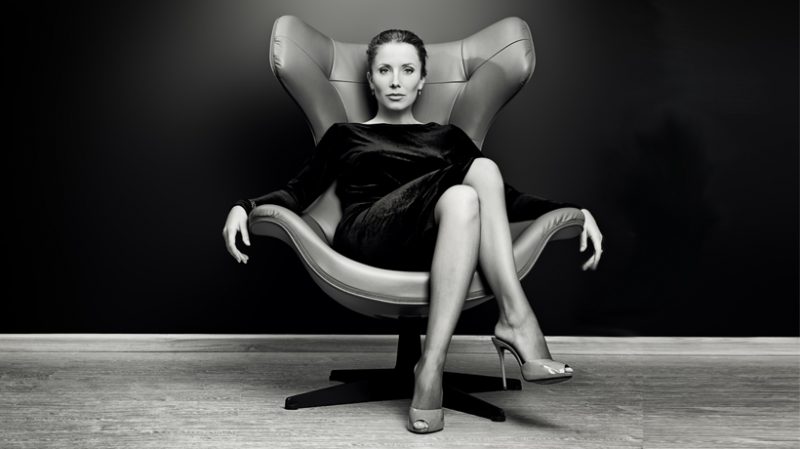 As a woman, you have the power to make your life into the kind of adventure that you want it to be. Do not be afraid to go for your dreams and to reach your true potential, to unleash your inner strength.

What sets strong women apart? they love themselves and are confident of their abilities. They don’t need validation from other people because they are sure of themselves and what they can give to society. They embrace their color, shape and size without fear. They are brave, resilient and driven by their strong will to succeed.

Here you will find motivational quotes for women that will inspire and empower stronger female within you.

“I am a strong woman. I don’t sit around feeling sorry for myself, nor let people mistreat me. I don’t respond to people who dictate to me or try to bring me down. If I fall I will rise up even stronger because I am survivor and not a victim. I am in control of my life and there is nothing I can’t achieve.”
She was fierce. She was simple. She was crazy and always had something to say. She had flaws, but when she was down she got right back up. She was a beast in her own way but one word described her best… Strong!
“A strong woman may remain silent when people talk behind her back, but that doesn’t mean she doesn’t notice, it simply means she chooses not to waste her energy on foolishness. She has more important things to do.”
A strong woman knows she has strength enough for the journey, but a woman of strength knows it is in the journey where she will become strong.”
“The world needs strong women. Women who will lift and build others, who will love and be loved. Women who live bravely, both tender and fierce. Women of indomitable will.”
“Life has knocked me down a few times, it showed me things I never wanted to see. I experienced sadness and failures. But one thing for sure, I always get up.”
“We need women who are so strong they can be gentle, so educated they can be humble, so fierce they can be compassionate, so passionate they can be rational, and so disciplined they can be free.” – Kavita Ramdas
“Any woman who understands the problems of running a home will be nearer to understanding the problems of running a country.” – Margaret Thatcher
You must know that you can do this. You are strong. You will make it. Just hang on and keep believing in yourself, always.
“I’m a strong woman everything that’s hit me in life, I’ve dealt with. I’ve cried myself to sleep, picked myself back up and wiped my tears. I’ve grown from things that were meant to break me. I get stronger by the day, and have a god to thank for that.”
“I believe in strong women. I believe in the woman who is able to stand up for herself. I believe in the woman who doesn’t need to hide behind her husband’s back. I believe that if you have problems, as a woman you deal with them, you don’t play victim, you don’t make yourself look pitiful, you don’t point fingers. You stand and you deal. You face the world with a head held high and you carry the universe in your heart.”
― C. JoyBell C.
The Woman Who Does Not Require Validation From Anyone Is The Most Feared Individual On The Planet.
A strong woman is someone who raises other women up instead of tearing them down.
“I’m tough, ambitious and I know exactly what I want. If that makes me a bitch, Okay.” – Madonna
“I am proud of the woman I am today, because I went through one hell of a time becoming her.”
“A strong woman looks a challenge dead in the eye and gives it a wink.”
“I’ve come to believe that each of us has a personal calling that’s as unique as a fingerprint – and that the best way to succeed is to discover what you love and then find a way to offer it to others in the form of service, working hard, and also allowing the energy of the universe to lead you.” – Oprah Winfrey
“Some women choose to follow men, and some choose to follow their dreams. If you’re wondering which way to go, remember that your career will never wake up and tell you that it doesn’t love you anymore.” – Lady Gaga
“She needed a hero. So that’s what she became.”
“I believe in being strong when everything seems to be going wrong. I believe that happy girls are the prettiest girls. I believe that tomorrow is another day, and I believe in miracles.” – Audrey Hepburn

“A strong woman stands up for herself. A stronger woman stands up for everybody else.”
“A strong woman loves, forgives, walks away, lets go, tries again, and perseveres… not matter what life throws at her.”
“Beneath every strong, independent woman lies a broken little girl who had to learn how to get back up and to never depend on anyone.”
Think like a queen. A queen is not afraid to fail. Failure is another stepping stone to greatness.
“Strong women don’t have attitudes. They have standards.”
“Be a strong woman. So your daughter will have a role model and your son will know what to look for in a woman when he’s a man.”
“The woman you are becoming will cost you people, relationships, spaces, and material things. Choose her over everything.”
“Be strong enough to walk away from what isn’t best for you, and be patient enough to wait for the blessings you deserve.”
What made her strong was despite the million things that hurt her, she spoke of nothing. Nothing but happiness. J. A.
“Always aim high, work hard, and care deeply about what you believe in. And, when you stumble, keep faith. And, when you’re knocked down, get right back up and never listen to anyone who says you can’t or shouldn’t go on.”—Hillary Rodham Clinton

Inspirational Quotes For Every Strong Woman

“A strong woman is one who feels deeply and loves fiercely. Her tears flow as abundantly as her laughter. A strong woman is both soft and powerful, she is both practical and spiritual. A strong woman in her essence is a gift to the world.”
“Sometimes the strongest women are the ones who love beyond all faults, cry behind closed doors and fight a battle that nobody knows about.”
“I am a woman with thoughts and questions and sh*t to say. I say if I’m beautiful. I say if I’m strong. You will not determine my story – I will.” – Amy Schumer
“Strong women aren’t simply born. We are forged through the challenges of life. With each challenge we grow mentally and emotionally. We move forward with our head held high and a strength that can not be denied. A woman who’s been through the storm and survived. We are warriors.”
“Be the kind of woman that when your feet hit the floor each morning the devil says “Oh crap, she’s up!”
“A strong woman understands that the gifts such as logic, decisiveness, and strength are just as feminine as intuition and emotional connection. She values and uses all of her gifts.” – Nancy Rathburn
A strong woman knows how to keep her life in line. With tears in her eyes, she still manages to say, “Nah, I’m fine.”
“She’s a strong cup of black coffee in a world that is drunk on the cheap wine of shallow love.”
“A woman with a voice is by definition a strong woman. But the search to find that voice can be remarkably difficult.” – Melinda Gates
“She was powerful not because she wasn’t scared but because she went on so strongly, despite the fear.” – Atticus