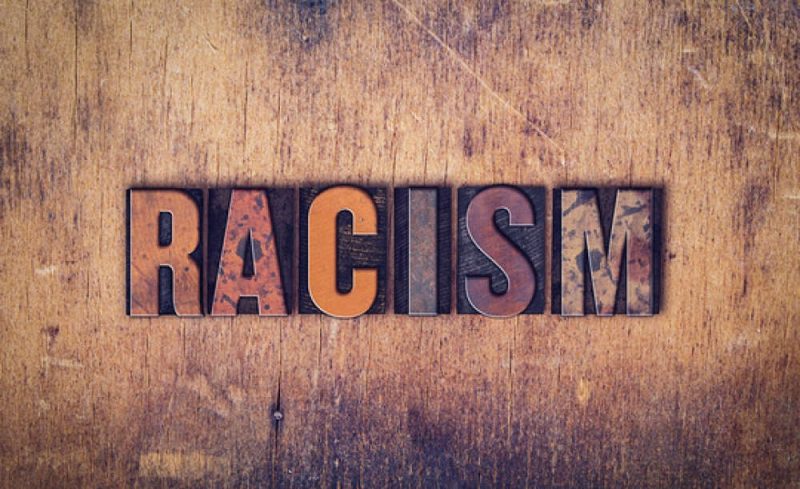 Racism can be defined as a belief or doctrine that inherent differences among the various human racial groups determine cultural or individual achievement, usually involving the idea that one’s own race is superior and has the right to dominate others or that a particular racial group is inferior to the others.

It is necessary to address the racial injustice that currently prevails in the world against black and colored people.

Below, you will find powerful quotes about racism from many historical figures who have fought this same fight. We hope these quotes inspire you to join the fight to end racism.

“The white man’s happiness cannot be purchased by the black man’s misery.”― Frederick Douglass
“Until the philosophy which holds one race superior and another inferior is finally and permanently discredited and abandoned, everywhere is war. And until there are no longer first-class and second-class citizens of any nation, until the colour of a man’s skin is of no more significance than the colour of his eyes. And until the basic human rights are equally guaranteed to all without regard to race, there is war. And until that day, the dream of lasting peace, world citizenship, rule of international morality, will remain but a fleeting illusion to be pursued, but never attained… now everywhere is war.”― Haile Selassie I
“I have a dream that one day little black boys and girls will be holding hands with little white boys and girls.”― Martin Luther King Jr
“Some negroes lie, some are immoral, some negro men are not be trusted around women – black and white. But this is a truth that applies to the human race and to no particular race of men.”― Harper Lee
“What is it you most dislike? Stupidity, especially in its nastiest forms of racism and superstition.”― Christopher Hitchens
“Hating people because of their color is wrong. And it doesn’t matter which color does the hating. It’s just plain wrong.”― Muhammad Ali
“Ignorance and prejudice are the handmaidens of propaganda. Our mission, therefore, is to confront ignorance with knowledge, bigotry with tolerance, and isolation with the outstretched hand of generosity. Racism can, will, and must be defeated.”― Kofi Annan
“Race doesn’t really exist for you because it has never been a barrier. Black folks don’t have that choice.”― Chimamanda Ngozi Adichie
“As a nation, we began by declaring that ‘all men are created equal.’ We now practically read it ‘all men are created equal, except negroes.’ When the Know-Nothings get control, it will read ‘all men are created equal, except negroes, and foreigners, and Catholics.’ When it comes to this I should prefer emigrating to some country where they make no pretense of loving liberty – to Russia, for instance, where despotism can be taken pure, and without the base alloy of hypocrisy.”― Abraham Lincoln
“We’ve got to face the fact that some people say you fight fire best with fire, but we say you put fire out best with water. We say you don’t fight racism with racism. We’re gonna fight racism with solidarity.”
― Fred Hampton
“When I’m born I’m black, when I grow up I’m black, when I’m in the sun I’m black, when I’m sick I’m black, when I die I’m black, and you… when you’re born you’re pink, when you grow up you’re white, when you’re cold you’re blue, when you’re sick you’re blue, when you die you’re green and you dare call me colored”― Oglala Lakota
“Whoever debases others is debasing himself.”― James Baldwin
“Racism is not merely a simplistic hatred. It is, more often, broad sympathy toward some and broader skepticism toward others.”― Ta-Nehisi Coates
“Racism does not have a good track record. It’s been tried out for a long time and you’d think by now we’d want to put an end to it instead of putting it under new management.”― Thomas Sowell
“I’d have wasted a lot of time and trouble before I learned that the best way to take all people, black or white, is to take them for what they think they are, then leave them alone.”― William Faulkner
“Three hundred years of humiliation, abuse and deprivation cannot be expected to find voice in a whisper.”― Martin Luther King Jr
In my country of South Africa, we struggled for years against the evil system of apartheid that divided human beings, children of the same God, by racial classification and then denied many of them fundamental rights.__Desmond Tutu
“Richard exhaled. It was like somebody sprinkling pepper on his wound: Thousands of Biafrans were dead, and this man wanted to know if there was anything new about one dead white man. Richard would write about this, the rule of Western journalism: One hundred dead black people equal to one dead white person.”― Chimamanda Ngozi Adichie
“White privilege is an absence of the consequences of racism. An absence of structural discrimination, an absence of your race being viewed as a problem first and foremost.”― Reni Eddo-Lodge
‘In a racist society it is not enough to be non-racist, we must be anti-racist.’ – Angela Davis
“Every voice raised against racism chips away at its power. We can’t afford to stay silent.”
― Reni Eddo-Lodge

‘Race and racism is a reality that so many of us grow up learning to just deal with. But if we ever hope to move past it, it can’t just be on people of colour to deal with it.

‘It’s up to all of us – Black, white, everyone – no matter how well-meaning we think we might be, to do the honest, uncomfortable work of rooting it out. It starts with self-examination and listening to those whose lives are different from our own. It ends with justice, compassion, and empathy that manifests in our lives and on our streets.’ – Michelle Obama