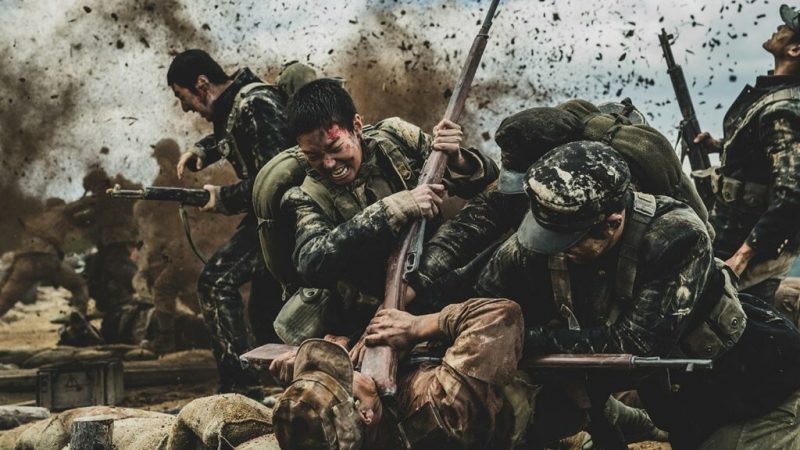 War is a state of armed conflict between different countries or different groups within a country. Not all wars are physical. You may be in conflict between two opposing ideas that are testing your principles and integrity. That is why we have compiled an array of war quotes to guide you through and help you reflect.

In the face of conflicts and battles, here are some thought provoking quotes about wars to help you find some solace.

45 Quotes And Sayings About War

Listen up – there’s no war that will end all wars. – Haruki Murakami
War may sometimes be a necessary evil. But no matter how necessary, it is always an evil, never a good. We will not learn how to live together in peace by killing each other’s children. – Jimmy Carter
War demands sacrifice of the people. It gives only suffering in return. – Frederic Clemson Howe
War is mainly a catalogue of blunders. – Winston Churchill
War never takes a wicked man by chance, the good man always. – Sophocles
Short of changing human nature … the only way to achieve a practical, livable peace in a world of competing nations is to take the profit out of war. – Richard Nixon
War is peace. Freedom is slavery. Ignorance is strength. – George Orwell
“Never think that war, no matter how necessary, nor how justified, is not a crime.”― Ernest Hemingway
“War is what happens when language fails.”― Margaret Atwood
There never was a good war, or a bad peace. – Benjamin Franklin
Wars do not end wars any more than an extraordinarily large conflagration does away with the fire hazard. – Henry Ford
Peace is the short interval when nations toil to pay the costs of past and future wars. – Herbert V. Prochnow
“War does not determine who is right – only who is left.”― Bertrand Russell
That war is never the answer, that hatred must be controlled; God molded love for each nation, not greed or power or gold. Greta Zwaan
The military don’t start wars. Politicians start wars. – William Westmoreland
Sometimes you have to pick the gun up to put the gun down. – Malcolm X
War is regarded as nothing but the continuation of state policy with other means. – Carl Von Clausewitz
War is a severe doctor; but it sometimes heals grievances. – Edward Counsel
“The true soldier fights not because he hates what is in front of him, but because he loves what is behind him.”― G.K. Chesterton
When the rich wage war, it is the poor who die. – Jean-Paul Sartre
War makes rattling good history; but Peace is poor reading. – Thomas Hardy
The nation having the strongest war footing can easily find an excuse for going to war. – Lewis F. Korns
The power of making war often prevents it. – Thomas Jefferson
A war undertaken without sufficient monies has but a wisp of force. Coins are the very sinews of battles. – Francois Rabelais
A righteous war is a legacy from heaven–oftentimes the handmaid of a nation’s liberty. – Edward Counsel
Peace is not only better than war, but infinitely more arduous. George Bernard Shaw
“Older men declare war. But it is youth that must fight and die.”― Herbert Hoover
“How can you have a war on terrorism when war itself is terrorism?”― Howard Zinn
One certain effect of war is to diminish freedom of expression. Patriotism becomes the order of the day, and those who question the war are seen as traitors, to be silenced and imprisoned. – Howard Zinn
Only the dead have seen the end of war. – Plato
“I know not with what weapons World War III will be fought, but World War IV will be fought with sticks and stones.”― Albert Einstein
“Religion isn’t the cause of wars, it’s the excuse.”― Jasper Fforde
“Frankly, our ancestors don’t seem much to brag about. I mean, look at the state they left us in, with the wars, the broken planet. Clearly, they didn’t care about what would happen to the people who came after them.”― Suzanne Collins
“War grows out of desire of the individual to gain advantage at the expense of his fellow man.”― Napoleon Hill
“I dream of giving birth to a child who will ask, Mother, what was war?”― Eve Merriam
“It doesn’t make a damned bit of difference who wins the war to someone who’s dead.”― Joseph Heller
War can only be abolished through war … in order to get rid of the gun it is necessary to take up the gun. – Mao Zedong
War hath no fury like a non-combatant. – C. E. Montague
Armies are not bad things in themselves; it’s war that’s evil. – Juan Gomez-Jurado
“There is no flag large enough to cover the shame of killing innocent people.”― Howard Zinn
“God created war so that Americans would learn geography.”― Mark Twain
“There is a savage beast in every man, and when you hand that man a sword or spear and send him forth to war, the beast stirs.”― George R.R. Martin
But war is also an incredible teacher – a brutal instructor. We learned lessons in war, written in blood, about sorrow, loss, and pain. Jocko Willink
A mind at peace does not engender wars. – Sophocles
War alone brings up to their highest tension all human energies and imposes the stamp of nobility upon the peoples who have the courage to make it. – Benito Mussolini