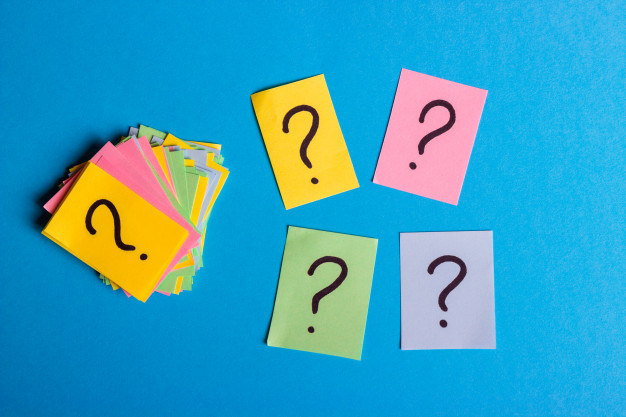 The term philosophy is believed to be coined by the Greek philosopher Pythagoras and translates to “love of wisdom.” Philosophy is associated with activities people engage in to have a deeper understanding of a better life through wisdom.

Below, we have compiled an array of thought-provoking philosophical questions that are guaranteed to elicit deep and meaningful discussions.

What should be the goal of humanity?
Would you kill ten people to save 1?
Is it possible to live a normal life and not ever tell a lie?
Will religion ever become obsolete?
Is humanity headed in the right or wrong direction?
Is it more important to help yourself, help your family, help your society, or help the world?
Does knowledge have intrinsic value or does it need to have a practical use to have value?
What do you think your future self will remember about you now?
There has always been something. Before there was something, there was only nothing. Which do you think is more likely?
Would it be more frightening to discover that humans are the most advanced species in the universe or that we are far from being the most advanced species in the universe?
Why do we resist doing things that we know are good for our well-being while craving things that are detrimental to our well-being?
Are intelligence and happiness tied together in any way? If you are highly intelligent, is it more likely that you’ll be more, or less happy?
With no laws or rules to influence your behavior, how do you think you would behave?
If it was discovered that most animals were conscious of their existence and eventual death, what would be the ramifications of that discovery?
Is it just and right to deny entry to a country when doing so probably means death for the immigrant and their family?
If I steal a loaf of bread from you and eat it, when does the bread itself cease to be yours and becomes mine?
What will the economy of wealthy countries look like in 50 to 100 years?
Has social media been a net positive or a net negative for our society? Why?
Should tax payers have the option to explicitly say what they don’t want their tax dollars spent on?
Is the human tendency to create groups an overall positive or a negative trait in terms of general human flourishing?
If you could start a country from scratch, what would it be like?
Should we terraform planets if it means that we may be destroying undiscovered microscopic alien life?
If scientists could accurately predict who was more likely to commit crimes, what should society do with that information?
If it was discovered that personality traits were partly genetic and could be removed with gene therapy, would it be ethical to edit out negative character traits that harm others like extreme aggression, compulsive lying, or cruelty?
Human memory has been shown to be incredibly unreliable. With that in mind, how do you know which of your memories are genuine and which have been altered or made up?
Is it be possible for humans to create something completely novel and new that is based on nothing that previously existed? Or is human creativity just rearranging and building on previous ideas?
How much does language affect our thinking?
Is happiness just chemicals flowing through your brain or something more?
What do you think existed before the universe was created?
What would you genetically change about humans to make them a better species?
What life-altering things should every human ideally get to experience at least once in their lives?
Does the study of philosophy ever lead to answers or simply more questions?
What harsh truths do you prefer to ignore?
Does a person’s name influence the person they become?
If you could teach everyone in the world one concept, what concept would have the biggest positive impact on humanity?
What is the best way for a person to attain happiness?
Is it better to be a big fish in a small pond or a small fish in a big pond?
How important is play in living a healthy and fulfilling life?
Is it possible for a human to fathom the true depths of reality and existence?
Why are humans so susceptible to magical thinking?
If all your memories were erased, what kind of person would you be?
Are there limits to human creativity?
Without religion would people become more, less, or be equally morally corrupt?
If you could press a button and receive a million dollars, but one stranger would die, would you press the button? And if so, how many times?
Do business owners have the right to refuse service to customers?
Does anonymity encourage people to misbehave or does it reveal how people would choose to act all the time if they could?
How much effort should an individual put into not offending others?
Would a government run with algorithms, A.I., and statistics be better or worse than the government we have now?
If babies are considered innocent, when do people cease to be innocent?
At what point is overthrowing a government ethical, considering all the violence a revolution usually entails?
If humanity was put on trial by an advanced race of aliens, how would you defend humanity and argue for its continued existence?
Would you be able to tell if time had been altered in some way?
Why do humans have such a strong urge to distract ourselves from the real world?
If every neuron in a human was accurately simulated in a computer, would it result in human consciousness?
If the universe is finite, what would beyond the edge of the universe be like?
Where do you think is the most worthwhile place to find meaning in life? Work, family, hobby, religion, philosophy, helping others, all the small miracles, or something else entirely?
By what standards do you judge yourself?
If you had to guess, what do you think would be the most likely way you’ll die?
Is suffering a necessary part of the human condition? What would people who never suffered be like?
Is the meaning of life the same for animals and humans?

Is there a meaning to life? If so, what is it?
If a child somehow survived and grew up in the wilderness without any human contact, how “human” would they be without the influence of society and culture?
Would things get better or worse if humans focused on what was going well rather than what’s going wrong?
Is it better for a person to have a broad knowledge base or a deep knowledge base?
Can human nature be changed? Should it be changed?
Is a life that focuses on avoiding pain and seeking out pleasure a good and worthwhile life? Why or why not?
What is the best path to find truth; science, math, art, philosophy, or something else?
Is it possible that some animals are self-aware and think about their ability to think?
What is the benefit of consciousness from an evolutionary stand point?
If language influences how we perceive color, what other things could languages be changing our perception of?
What rights does every human have? Do those rights change based on age?
Are intentions or outcomes more important when judging whether actions are moral?
Why do humans often associate beauty with morality?
If doing something good for others makes us feel good, can there ever be such a thing as pure altruism?
What causes the most harm in the world, but is completely avoidable?
Do people in wealthier countries have a moral obligation to help those in poorer countries?
Does absolute power corrupt absolutely?
What is the best way to train people to see the gradients in the world around them instead of just a simplistic “this is good, that is wrong” view of the world?
What benefits does art provide society? Does art hurt society in any way?
What does it mean to live a good life?
How would humanity change if all humans’ life expectancy was significantly increased (let’s say to around 600 years)?
What do you attribute the biggest successes in your life to? How about your largest failures?
Is intelligence or wisdom more useful?
Why do we judge ourselves by our intentions but judge others by their actions?
Does jealously have value in driving humans to improve themselves or is it a purely negative emotion?
Is there inherent order in nature or is it all chaos and chance?
Assuming evolution is correct, do you think that if humans went extinct another species as intelligent as humans would evolve? If life exists long enough on a planet, is intelligence and consciousness inevitable?
Is a sense of humor a byproduct of consciousness or something else entirely?
Is justice a human construct or is it independent of humans?
Should there be limitations on the right to free speech?
If you can save another’s life and don’t because doing so would break the law, are you ethically justified in your decision?
Why are humans so fascinated by mass murderers if their actions are universally considered evil and vile?
What should the role of a government be, what boundaries and limitations should it have?
What is the biggest threat to the social contract in our country?
Is it possible that someone’s genes might affect their political leanings? If no, why not? If so, what would be the ramifications?
What activities cause you to feel like you are living life to the fullest?
What do you contribute back to society?
If freedom is simply being able to do what you want, are animals freer than humans?
What do you think would be humanity’s reaction to the discovery of extraterrestrial life?
Why do we dream?