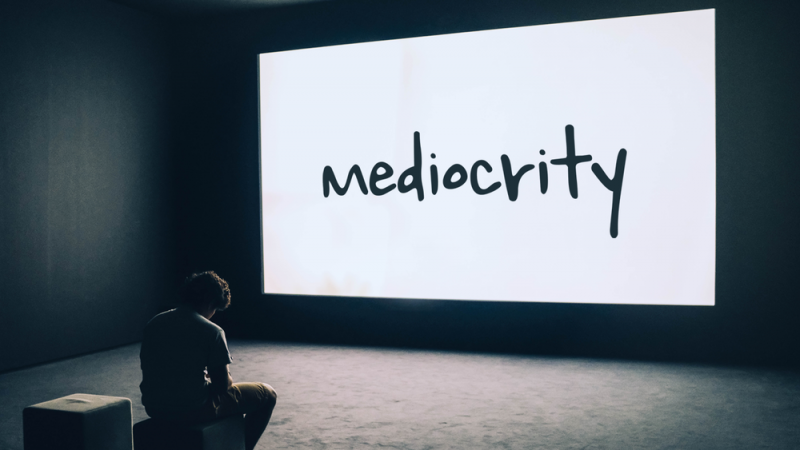 Mediocrity is the quality or state of being mediocre. A mediocre is someone who is not very good at anything or someone who prefers to go with the crowd and settle for less.  Rather than stand out from the crowd, dare to do something different and scale above being average.

You need to have higher standards and dreams if you want to become the person you need to be. You need to step out of your comfort zone so you can live a happy and fulfilling life.