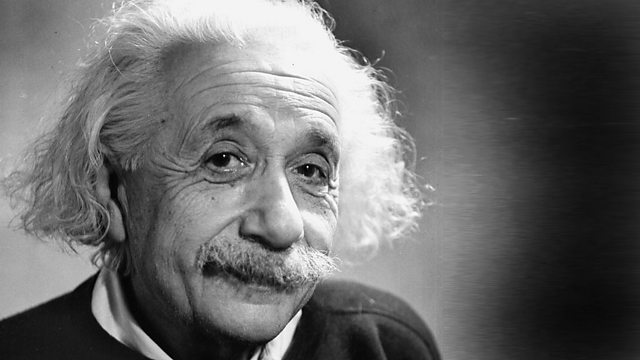 Albert Einstein was a German-born theoretical physicist who developed the theory of relativity, one of the two pillars of modern physics. His work is also known for its influence on the philosophy of science. He was born on the 14th of March, 1879 and died at Princeton medical centre, New Jersey, United states on the 18th of April 1955.

Albert Einstein is recognized around the world as one of the most iconic and intelligent minds ever. In this article, you will find a collection of inspiring Albert Einstein quotes of all times.

A person who never made a mistake never tried anything new.
Where there’s a will there’s a way.
The destiny of civilized humanity depends more than ever on the moral forces it is capable of generating.
The difference between stupidity and genius is that genius has its limits.
The woman who follows the crowd will usually go no further than the crowd. The woman who walks alone is likely to find herself in places no one has ever been before.
Look around at how people want to get more out of life than they put in. A man of value will give more than he receives.
Insanity: doing the same thing over and over again and expecting different results.
The idle man does not know what it is to enjoy rest.
Imagination is more important than knowledge. For knowledge is limited, whereas imagination embraces the entire world, stimulating progress, giving birth to evolution. It is, strictly speaking, a real factor in scientific research.
If we knew what it was we were doing, it would not be called research, would it?
Without deep reflection one knows from daily life that one exists for other people.
Human beings can attain a worthy and harmonious life only if they are able to rid themselves, within the limits of human nature, of striving to fulfill wishes of the material kind.
Put your hand on a hot stove for a minute, and it seems like an hour. Sit with a pretty girl for an hour, and it seems like a minute. That’s relativity.
Great spirits have always found violent opposition from mediocrities.
The pursuit of truth and beauty is a sphere of activity in which we are permitted to remain children all our lives.
There is a race between mankind and the universe. Mankind is trying to build bigger, better, faster, and more foolproof machines. The universe is trying to build bigger, better, and faster fools. So far the universe is winning.
I believe that whatever we do or live for has its causality; it is good, however, that we cannot see through to it.
The fear of death is the most unjustified of all fears, for there’s no risk of accident for someone who’s dead.
I believe that a simple and unassuming manner of life is best for everyone, best both for the body and the mind.
Those who thoughtlessly make use of the miracles of science and technology, without understanding more about them than a cow eating plants understands about botany, should be ashamed of themselves.
If the facts don’t fit the theory, change the facts.
The man who regards his own life and that of his fellow creatures as meaningless is not merely unfortunate but almost disqualified for life.
Any man who can drive safely while kissing a pretty girl is simply not giving the kiss the attention it deserves.
It would be possible to describe everything scientifically, but it would make no sense; it would be without meaning, as if you described a Beethoven symphony as a variation of wave pressure.
Whoever is careless with the truth in small matters cannot be trusted with important matters.
Do not worry about your difficulties in mathematics. I can assure you mine are still greater.
Learn from yesterday, live for today, hope for tomorrow.
Only those who attempt the absurd can achieve the impossible.
Women always worry about things that men forget; men always worry about things women remember.
Wisdom is not a product of schooling but of the lifelong attempt to acquire it.
Mankind invented the atomic bomb, but no mouse would ever construct a mousetrap.
We all know that light travels faster than sound. That’s why certain people appear bright until you hear them speak.
Each of us has to do his little bit toward transforming this spirit of the times.
You can’t blame gravity for falling in love.
Education is what remains after one has forgotten everything he learned in school.
I have remained a simple fellow who asks nothing of the world; only my youth is gone – the enchanting youth that forever walks on air.
One lives one’s life under constant tension, until it is time to go for good.
Science without religion is lame, religion without science is blind.
Stay away from negative people. They have a problem for every solution.
A perfection of means, and confusion of aims, seems to be our main problem.
Never give up on what you really want to do. The person with big dreams is more powerful than one with all the facts.