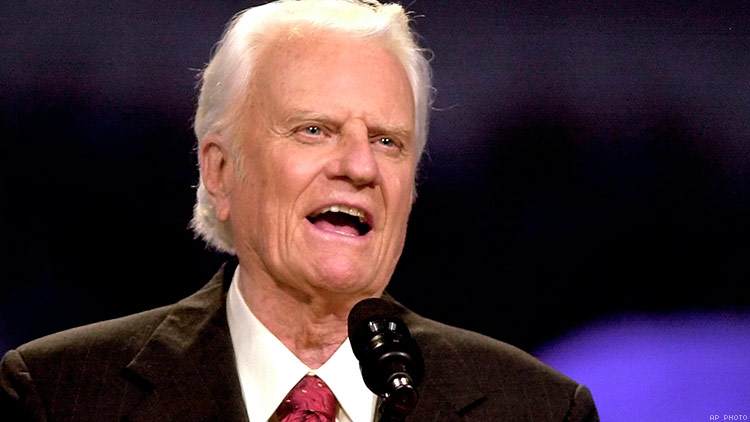 William Franklin Graham Jr. was born on the 7th of November, 1918 in Charlotte, North Carolina, United States. He was an American evangelist, a prominent evangelical Christian figure, and an ordained Southern Baptist minister who became well-known internationally in the late 1940s.

Billy Graham was a spiritual adviser to U.S. presidents, and he provided spiritual counsel for every president from Harry S. Truman (33rd) to Barack Obama (44th). He died on the 21st of February, 2018 in Montreat, North Carolina, United States.

Below, you will find a collection of famous Billy Graham quotes about God, love, prayer, salvation and hope.