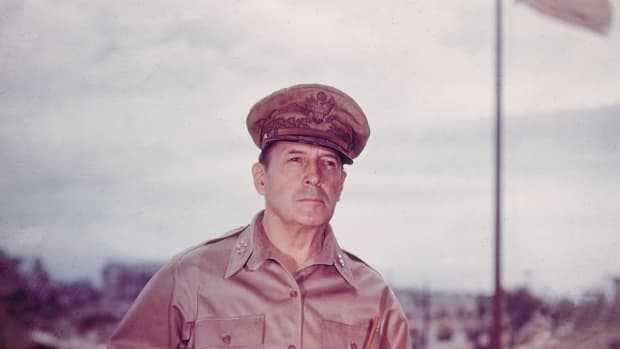 General of the Army Douglas MacArthur was born on the 26th of January, 1880 in MacArthur Museum of Arkansas, Little Rock, Arkansas, United States. He was an American five-star general and Field Marshal of the Philippine Army.

Douglas MacArthur was best known for his command of Allied forces in the Pacific Theater during World War II. He received the Medal of Honor for his service in the Philippines campaign, which made him and his father Arthur MacArthur Jr. the first father and son to be awarded the medal.

He led the United Nations Command in the Korean War with initial success; however, the controversial invasion of North Korea provoked Chinese intervention, and a series of major defeats. Douglas MacArthur died in Washington, D.C., on April 5, 1964, at the age of 84.

Below, we have compiled a collection of popular Douglas MacArthur quotes and sayings.