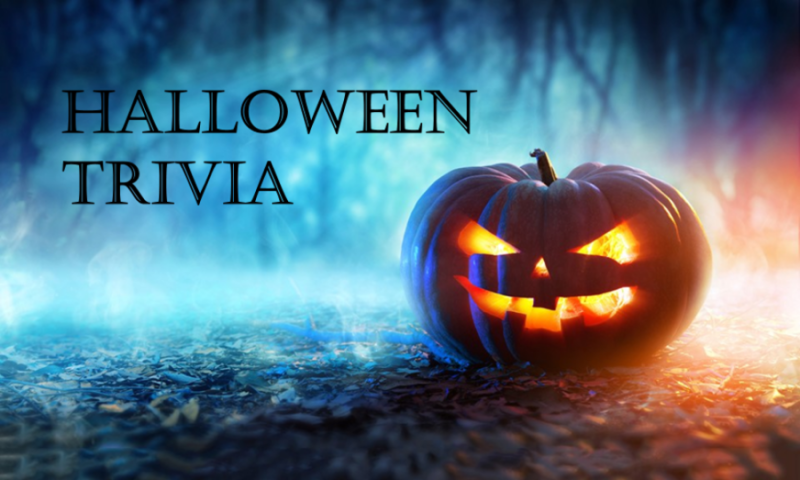 Spice up your Halloween celebration by playing exciting games with your family and friends. Show off how scary-smart you are about the Halloween tradition by engaging your loved ones with our list of Halloween trivia questions and answers.

Below, we have compiled a list of interesting Halloween trivia questions and asnwers that will surely help you and your friends learn much more about Halloween.

Q: True or false: Halloween is the Eve of All Saints Day?
A: False (All Saints Day is on November 1)
Q: What word begins with letter C, looks like a pot and is normally used by witches to brew their potions and cast evil spells?
A: Cauldron
Q: True or false: The word ‘hallow’ means saint or holy person?
A: True
Q: What is the number one city for trick or treating in the United States?
A: San Francisco
Q: How much is spent on pet costumes for Halloween annually?
A: $300 million
Q: What color cat is a symbol of Halloween?
A: Black
Q: What mammal is able to fly and is associated with Halloween?
A: Bat
Q: What bone, found in the head, is often used as a symbol of Halloween?
A: Cranium or skull
Q: What type of vegetable is disliked by vampires and is used to frighten them away?
A: Garlic
Q: Apart from sucking human blood, what do vampires and bats have in common?
A: They only come out at night.

Q: Which phobia means you have an intense fear of Halloween?
A: Samhainophobia
Q: Out of which vegetable were Jack O’ Lanterns originally made?
A: Turnips
Q: In what two countries was “guising”, the tradition of dressing up in costumes, and going door for food or coins for Halloween most popular?
A: Scotland and Ireland
Q: When people go house to house while “souling”, what do they ask for?
A: Soul-cakes
Q: According to superstition, if you stare into a mirror at midnight on Halloween, what will you see?
A: Your future husband or wife
Q: Transylvania is a region in which country?
A: Romania
Q: From which region in the world do pumpkins originate?
A: Central America
Q: What is the significance of seeing a spider on Halloween?
A: It is thought to be the spirit of a loved one watching over the person who finds the spider.
Q: Is a pumpkin a fruit or a vegetable?
A: Fruit
Q: Which country celebrates the Day of the Dead starting at midnight on Oct. 31?
A: Mexico
Q: Which vampire said, “Don’t be afraid. I’m going to give you the choice I never had.”
A: Lestat (Interview with the Vampire)
Q: Pumpkins can be orange, white, green, or what other color?
A: Blue
Q: What’s the body count for the film Halloween?
A: Five people and a dog
Q: How do pumpkins grow?
A: On vines
Q: What do Halloween colors, black and orange, signify?
A: Orange stands for harvest and black stands for death
Q: What do people “bob” for on Halloween?
A: Apples
Q: In what country was the first written account of children using the phrase “trick or treat” on Halloween?
A: Canada
Q: In what decade did trick-or-treating as we know it today start gaining popularity in America?
A: The 1930s
Q: How many children have been seriously injured or killed from poisoned candy given to them by strangers during Halloween?
A: Zero
Q: In what country did carving jack o’ lanterns originate?
A: Ireland
Q: What candy is the SECOND most popular Halloween candy?
A: Candy Corn
Q: In the USA how many pieces of candy are most commonly handed out to trick-or-treaters?
A: 2 pieces
Q: What was the most popular Halloween costume for adults in 2015?
A: Witch
Q: In what American state is it illegal to dress up like a priest or a nun?
A: Alabama
Q: What are other names of Halloween?
A: Samhain, All Hallows Eve, The Feast of the Dead
Q: What region are Vampire Bats from?
A: Unlike what most people believe, vampire bats (the ones that actually exist and can give you a form of rabies) are actually found in Southern Argentina
Q: Where did Mary Shelley get the idea for Frankenstein’s monster?
A: A dream
Q: In the Middle Ages why were so many mummies bought and sold?
A: To be ground into medicine
Q: What was Bram Stoker’s original name for Dracula?
A: Count Wampyr
Q: Who wrote the novel “Frankenstein”?
A: Mary Shelley
Q: Where were witches believed to fly to on their broomsticks, on Hallowe’en?
A: The Grand Sabbat
Q: Why is it dangerous to step into a fairy ring formed of mushrooms?
A: The fairies might steal you away.
Q: If you’re ever invited inside a fairy mound, what must you never do?
A: Eat or drink
Q: In which country did Halloween originate?
A: Ireland
Q: In what year will the next full moon occur during Halloween?
A: 2020.
(The last Halloween that had a full moon was in 2001 and the next full moon on Halloween is 2020. After 2020 full moon won’t occur during halloween until 2039.)
Q: On which date does Hallowe’en fall?
A: October 31st
Q: Which Catholic Church holiday is Halloween linked to?
A: All Saints (Hallows) Day
Q: What was the name of Dracula’s sidekick?
A: Renfield
Q: What does the name Dracula mean?
A: Son of the Devil
Q: Who was the first actor to play Wolf Man?
A: Lon Chaney