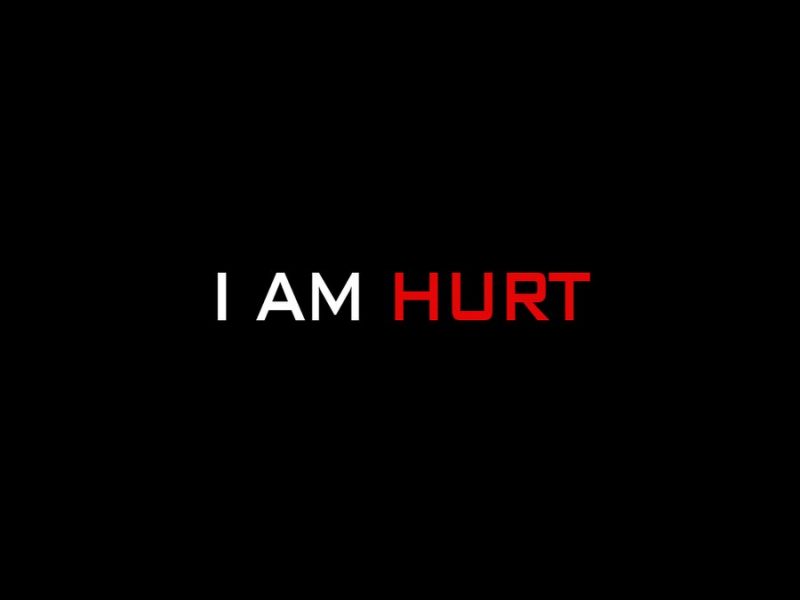 Hurting someone is very easy, but when you yourself are hurt you then know the agony of being hurt and crushed into pieces. Being Hurt or going through a hurtful phase in life is one of the toughest things one can experience in life.

So, whether you are going through a breakup or someone betrayed your love and friendship. Whatever the case may be, these hurting quotes for him and her will let you realize the agony of being hurt. Also, it will help you gather your broken pieces and find true happiness elsewhere.

“You will never know the power of yourself until someone hurts you badly.”
Truth is everybody is going to hurt you: you just gotta find the ones worth suffering for. Bob Marley
“The turning point in the process of growing up is when you discover the core of strength within you that survives all hurt.” » Max Lerner
If you’re in trouble or hurt or need — go to the poor people. They’re the only ones that’ll help — the only ones. John Steinbeck
“If someone decides they’re not going to be happy, it’s not your problem. You don’t have to spend your time and energy trying to cheer up someone who has already decided to stay in a bad mood. Believe it or not, you can actually hurt people by playing into their self-pity.” » Joyce Meyer
I’ve learned that no matter how good a friend someone is, they’re going to hurt you every once in awhile and you must forgive them for that. ~Anonymous
There is a sacredness in tears. They are not the mark of weakness, but of power. They speak more eloquently than ten thousand tongues. They are the messengers of overwhelming grief, of deep contrition, and of unspeakable love. ~Washington Irving
The difference between friendship and love is how much you can hurt each other. ~Ashleigh Brilliant
The more you open up to loving people who don’t deserve to be loved, the more likely you are to be hurt irreparably by their actions.
When you can’t remember why you’re hurt, That’s when you’re healed.-Jane Fonda
“When being in a relationship hurts you, leave. Don’t stay and keep drowning because love isn’t suppose to be painful.” – Mielya Saladdin
“There are some hurts that you never completely get over. And you think that time will diminish their presence and to a degree it does, but it still hurts because well, hurt hurts.” – Bernajoy Vaal
“To hurt is as human as to breathe.”-J.K Rowling
“Goodbyes that are never said and never explained hurt you the most.”
“It hurts when people walk into your life and make you happy and then walk out and leave you hurting.” – Adrian Rayshawn
Forgive those who have hurt you. ~Les Brown
I tell kids that people will let them down and people will hurt them. But Jesus Christ will never let them down and never hurt them. ~Willie Aames
The truth may hurt for a little while but a lie hurts forever. ~Anonymous
“Love those who hurt you the most, because they are probably the ones closest to you. They, too, are on a path, and just like you, they are learning to walk before they can fly. Imagine if everybody you hurt in life turned their backs on you? You would be playing a hell of a lot of solitaires. Love them no matter what.” » Nikki Sixx
“Words are singularly the most powerful force available to humanity. We can choose to use this force constructively with words of encouragement, or destructively use words of despair. Words have energy and power with the ability to help, to heal, to hinder, to hurt, to harm, to humiliate and to humble.” » Yehuda Berg

Never allow someone to be your priority while allowing yourself to be their option. — Mark Twain
“Our prime purpose in this life is to help others. And if you can’t help them, at least don’t hurt them” Dalai Lama
If someone really wants to hurt you, they’ll find a way whatever. I don’t want to live my life worrying about it. George Michael
“That’s the funny thing about old hurts- they just wait for the new heartache to come along and then show up, just as sharp and horrible as the first day you woke up with the world changed all around you.” » Lilith Saintcrow
“I have found the paradox, that if you love until it hurts, there can be no more hurt, only more love.” » Mother Teresa
Don’t hurt my feelings anymore. I left you my roses and you gave me your thorns. ~Godwin Delali Adadzie
It hurts when you realize you aren’t as important to someone as you thought you were.
“It hurts to see the one you really love loves someone else. But it hurts even harder when you find out that you were just their bridge to cross over to their loved ones.”
A stiff apology is a second insult. . . The injured party does not want to be compensated because he has been wronged; he wants to be healed because he has been hurt. ~Gilbert K. Chesterton
“Don’t waste your time on revenge. Those who hurt you will eventually face their own karma.” » Matareva Pearl

It is very easy to hurt someone, but very hard to feel hurt.
I don’t understand the reason why you decided to let go of my hands when I need you most; after all, I have to let you know I love you.
“The pain started years ago, but I’d lived with it for so long at that point that I’d accepted it as an inevitable part of me.” » Ashley D. Wallis
You’ve hurt my feelings, you’ve broken my heart. I gave you my time, I gave you my trust but you left me for another. ~Godwin Delali Adadzie
When love is real, it doesn’t lie, cheat, pretend, hurt you or make you feel unwanted. It’s supposed to be a cure to all your worries.
“Hurt. I’m fucking hurt. And don’t act like you care. Because if you did, you wouldn’t have done what you did.”
I wish I could give you my pain just for one moment. Not to hurt you, but so that you could finally understand how much you hurt me.
Boys never realize how much one little thing can hurt a girl.
“Sometimes the only logical thing to do when someone you love hurts you, is to disconnect, eject, proceed and move on.” – Rashida Rowe
“Hurt me with the truth but never comfort me with a lie.”