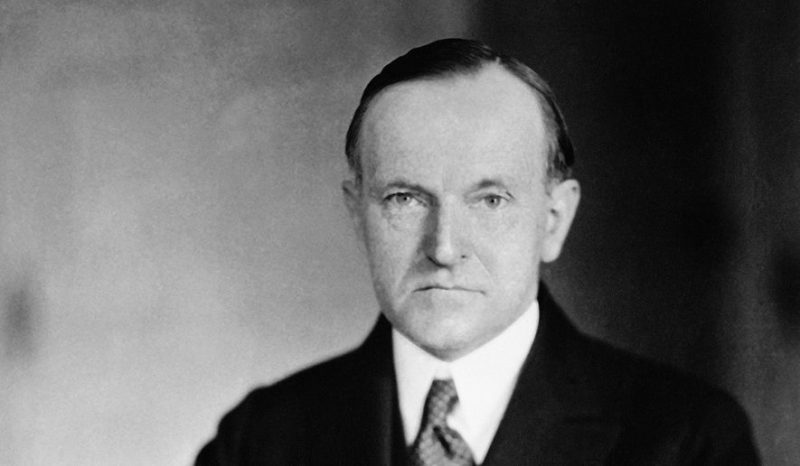 John Calvin Coolidge was born on the 4th of July, 1872 in Plymouth Notch, Plymouth, Vermont, United States. He was an American politician and lawyer who served as the 30th president of the United States from 1923 to 1929.

Coolidge restored public confidence in the White House after the scandals of his predecessor’s administration. Calvin Coolidge left office with considerable popularity.

Calvin Coolidge embodied the spirit and hopes of the middle class, could interpret their longings and express their opinions. He died on the 5th of January, 1933 in Northampton, Massachusetts, United States.

In this article, you will find a collection of famous Calvin Coolidge Quotes about business, life, government and persistence that will inspire you greatly.

“Nothing in this world can take the place of persistence. Talent will not; nothing is more common than unsuccessful men with talent. Genius will not; unrewarded genius is almost a proverb. Education will not; the world is full of educated derelicts. Persistence and determination alone are omnipotent. The slogan Press On! has solved and always will solve the problems of the human race.”― Calvin Coolidge
“No person was ever honored for what he recieved. Honor has been the reward for what he gave.”
― Calvin Coolidge

“I want the people of America to be able to work less for the government and more for themselves. I want them to have the rewards of their own industry. This is the chief meaning of freedom.

Until we can reestablish a condition under which the earnings of the people can be kept by the people, we are bound to suffer a very severe and distinct curtailment of our liberty.”― Calvin Coolidge